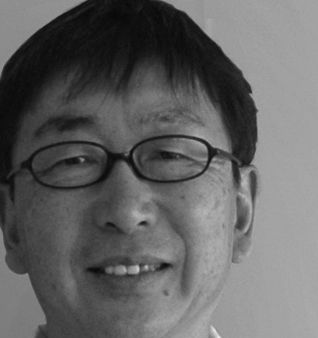 He is considered one of the most innovative and influential architects of the world. Born in Seoul in 1941, graduated from Tokyo University in 1965, began working for Kiyonori Kikutake Architect and Associates. Later in Tokyo created his own studio called Urban Robot (URBOT), which in 1979 changed its name to Toyo Ito & Associates, Architects. With this change began a period of expansion and international projection.

One of his early works was the Silver Hut and furnishing of the Tokyo “Nomad Girl” that explores the physical image of the city in the digital age. Physical space also fulfils the function of providing access to the space or the virtual spaces. Many of his works seek to dissolve the physical and the virtual worlds, dealing with topics that include the modern notion of a ‘simulated city’.

His most important work, the Sendai Mediatheque explores the structures of connection and the production of the current knowledge. Creating a support that integrated the structure with an original treatment of the vertical structures, having a vegetal appearance inside an aquatic environment.

The combined work of Toyo Ito and Breinco was in the project held at the Fira de Barcelona of the Gran Via de les Corts Catalanes in 2004, where it was developed a new system of placing pavers on the roof ot the parking lot of the enclosure. The laboratory of Breinco made viable the design of a pavement detoned in three colors of gray using three different sizes of pavers 24x16, 16x16 and 12x16 cm. 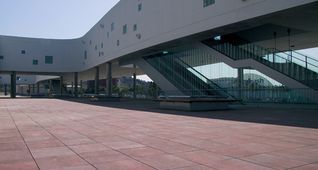 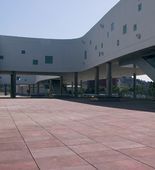 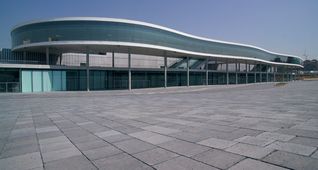 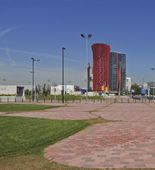